Demand for Bitcoin is increasing while the supply of Bitcoin reduces every four years; the reduction is called a halving. In 2024 the current block reward of 6.25 coins for Bitcoin will be reduced to 3.125 coins. The following charts show Bitcoin Inflation vs. Time and The Halving of Bitcoin and how the price has reacted thus far: 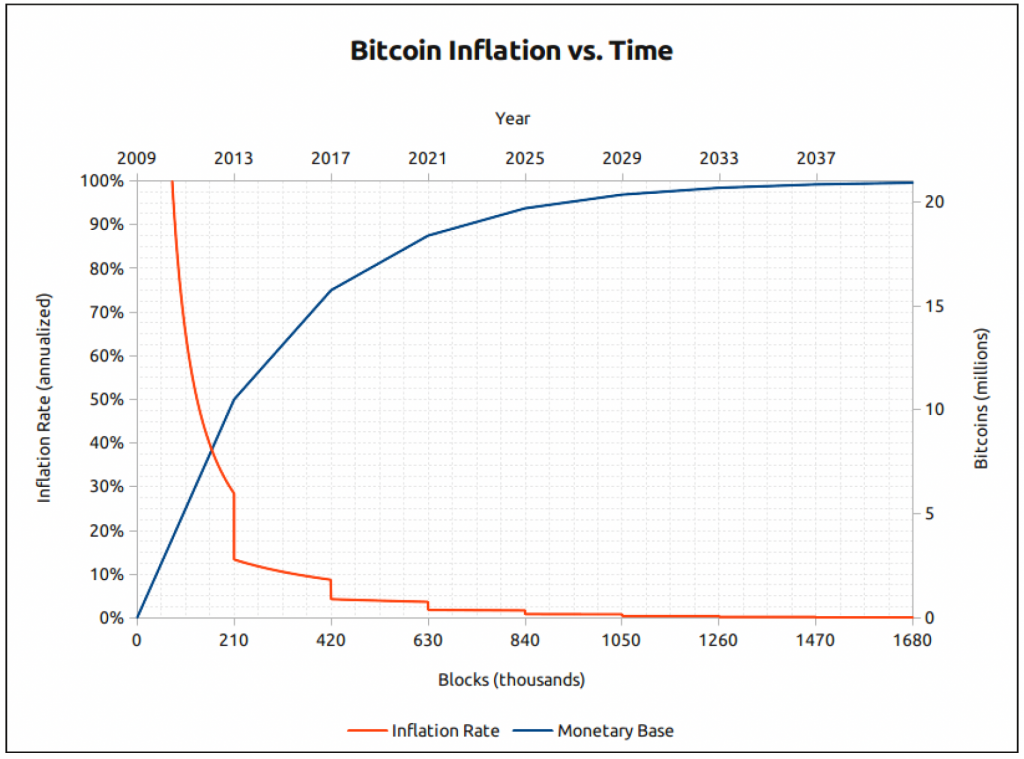 Liquid Mining Inc. (“LMI”) operates a mining and hosting operation in Pontiac, MI, and intends to grow that facility to scale up mining operations, manage blockchain nodes and host blockchain servers. LMI is currently mining Bitcoin, Etherum, and other coins to a lesser extent.

Mining is the process of utilizing equipment, primarily Graphics Processing Units (“GPUs”) and Application Specific Integrated Circuit (“ASIC”) machines.  The advantage of GPUs is they can mine a vast array of coins, while ASIC machines are geared to a specific algorithm and will only be able to mine coins that utilize that algorithm.  The downside of GPUs is they are much less powerful than an ASIC machine and use more power.

Miners successfully receive a block reward when the hash they have created is equal to or less than the value the network is seeking. This is analogous to a lottery where you never know what the winning number will be, and you continue to submit solutions until either you receive a block in the case of solo mining or the pool receives a block and shares it.

Hosting enables others to place equipment with the hosting company and utilize their infrastructure for a fee. Anyone can set up GPU mining in a home; however, the primary issue will be the amount of power you can consume before you can no longer run the household’s other equipment. Most homes have 150 – 200 amp service, which will leave only 50 to 100 amps available for mining equipment. ASIC machines use more power than a GPU, about 8 to 12 times more. In addition, an ASIC is very loud, with an average of 75db per ASIC. The amount of sound generated can affect those in the home and neighbors. LMI will have a crucial advantage for hosting due to the immersion cooling we utilize, generating approximately only 35db.

LMI is conducting an initial $5 million offering round to grow the company’s net income to $250,000 per month, at which point the company expects to have a $30-$50 million valuation.

LMI intends to do two additional capital raises over the next twenty-four months to reach $2 million in net revenue per month. At this point, LMI anticipates a valuation of $200 to $400 million, at which point it will seek a liquidity event through a public offering, merger, or sale.5

Blockchain is projected to expand at a CAGR of 82.4% from 2021 to 2028. The growth can be attributed to the increasing number of merchants, nations, and individuals accepting cryptocurrency.

Liquid Mining Inc. (“LMI”) is a business that includes includes the mining of digital assets, blockchain infrastructure, and mining hardware hosting. LMI believes that the growth of these separate businesses will continue at above-normal growth rates for the foreseeable future.

LMI leases 15,000 square feet of space with an option on an additional 60,000 sf with an option to purchase the entire 75,000 sf. The building has over 20,000 amps of power, equivalent to 10 megawatts. The power is sufficient for over 3,000 units which would generate at today’s price of Bitcoin over $1.9 million per month.

Joseph Dwyer has been an entrepreneur most of his life. He has a great track record of starting and building various types of businesses. In 1984 he starting building custom homes in Virgina Beach with his brother Rick. Joseph moved to FL in 1990 and in 1994 he started a trucking company that he built up to 55 trucks.

In 2003 he moved to MI to be closer to his wife’s family. Joseph then started a commercial development company. The company developed several commercial real estate projects including a big box development with Walmart and Menards. In 2010 he closed the business due to the economic climate that made it very difficult to finance new projects.

Starting in 2012 Joseph became a franchisee with an up and coming brand called Tropical Smoothie Café. Starting with one location, Joseph built it to 11 locations with 6 stores performing in the top 5% of the chain. Joseph won numerous awards with Tropical Smoothie for sales volume, customer service, Camp Sunshine donations and overall operations. Joseph sold the company at the end of 2021 to put his time and energy into his latest venture, Liquid Mining. 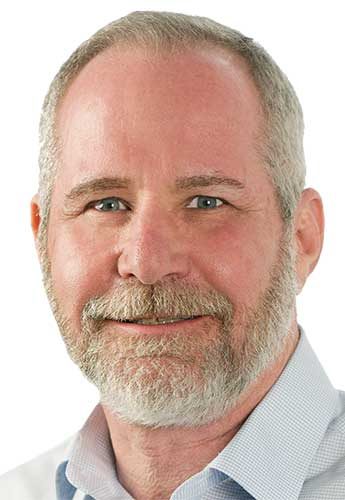 Richard Dwyer (Rick) has been an entrepreneur most of his life. While serving aboard Submarines in the U.S Navy for 10-years he started a home building business with his brother Joe. After leaving the Navy Rick went into financial services where he started as a stockbroker. After several years he focused on consulting private companies on corporate structure, merger & acquisitions, and investor relations.

Rick had been involved with computers and has been a technology geek since he was in high school. NewReach Communications was an internet start-up that operated a dial-up service and web development team. This was at a time when most people thought the Internet was a fad. After the Dot Com bubble burst Rick moved to Asheville, NC and built custom homes and commercial properties. This venture ended in 2009 while Rick’s company was building the DIY Network’s Blog Cabin for the 2009 season. The developer went bankrupt, and Rick finished the home for airing but the economic damage was already done and Rick closed operations in early 2010.

Rick decided to get back into the financial services industry in 2011, but this time as a financial planner to provide clients with plans that would protect them from the massive drawdowns experienced in 2000-2002 and 2007-2009. Rick currently serves as an owner and Chief Operating Officer of Tactive, an RIA that specializes in bringing advanced blended strategies from multiple strategists which are customized for each client.

While taking a course through NY Institute of Finance on digital assets, Rick noticed a lot of similarities with the changes that took place with the Internet. Rick formed a Liquid Mining Inc. (“LMI”) with his brother Joe to take part in the blockchain revolution. The current focus of LMI is digital coin mining, computer hosting, and node operations.

The global blockchain technology market size is expected to reach USD $394.60 billion by 2028, according to a new report by Grand View Research, Inc.

What are Investment Limits for Reg CF funds?

For Non-Accredited Investors (most fall into this category) the limitation on how much you can invest depends on your net worth and annual income.

How does the online investment process work for this Reg CF opportunity?
How long can this take?

The timeline is generally 2 to 4 weeks but can always happen sooner. It all depends on the information you provide and if there are issues, how quickly we hear back from you.

By investing in an Issuer’s Reg CF offering where Rialto Markets is the Broker Dealer Onboarding Agent, Rialto must ensure that you as the investor, do not breach the SEC’s limits on investing in Reg CF Offerings within a 12 month period. While it’s not a full-fledged brokerage account where we custody your holdings or recommend any investments, you will have an account at Rialto to track the investments made where Rialto was engaged as the Broker Dealer
Onboarding Agent.

There is NO cost, charge or no annual fees etc. for this account whatsoever.

Why do I give information such as DOB, SSN, Driver’s License or Passport Details, Annual Income or Net Worth?

As you are buying a security regulated by the SEC, and as a Broker Dealer we are required by SEC regulations to reasonably ensure Anti-Money Laundering and Know Your Customer reviews are satisfied and that Permitted Investor Limits are not breached, we collect this information to perform the required reviews.

Rialto may share certain details of an applying/completed investor as listed on the subscription agreement, with the Transfer Agent and Escrow Agent if requested for valid purposes of processing an investment application.

“Miners with low costs and efficient machines will be best positioned while those operating older machines will feel the pinch more than others.”

— according to Rob Chang, CEO of bitcoin miner Gryphon Mining